Deforestation In Borneo: The Harsh Realities of Palm Oil

Deforestation In Borneo: The Harsh Realities of Palm Oil

I’d booked flights to trek through lush rainforests and hike up glorious mountains. “See the untouched wilderness and species-rich rainforests… Be amazed by exotic wildlife in untamed jungle lands” trip advisor read. I had high expectations for my time in Borneo and the sights I was going to see (rookie error – never set travel expectations based on online reviews).

Looking out my window on a two-hour bus trip from Sabah to Sandakan, I saw nothing but flattened forests and scourged land the entire way. I felt stupid for feeling so shocked but I couldn’t help it. I knew deforestation was a massive issue, particularly in Indonesia, but seeing this much of it straight off the bat was truly eye-opening and honestly pretty damn frightening. In place of what should have been flourishing green forests lay dry, dusty red soil. Rows upon rows of trees had been severed, their remains scattered around like piles of broken bones. There were no native animals to be seen. It was a battleground with nil survivors.

Desperate to know more, I questioned my bus driver Edward. He told me that the land had been excavated for palm oil plantations. He explained how Malaysia and Indonesia are the two largest producers of palm oil, with more than 50 million tons manufactured and exported worldwide each year. The rise in demand over the past 20 or so years has led to rapid amounts of clearing and is causing major havoc for the environment, animals and the local people.

Edward’s main concerns were for the local people, who he said are having their human rights violated by the corrupt corporations in control. Cheap labour (and in some cases unpaid child labour), poor working conditions, shitty hours and no breaks are all commonplace in the farming and plantation industry, you see. He explained how the government attempts to mask the corruption by claiming the industry is creating job opportunities when in reality the poorer communities are finding themselves with no choice but to become plantation workers after the farming land they depend on is stolen from them. Once they get into the fields, they’re stuck working extremely long days, earning barely enough to survive let alone support their families. They end up becoming reliant on the success of the industry which leaves them vulnerable to the world market price they have no control over. It’s a vicious cycle that they cannot escape.

Still not fully comprehending the scale of palm oil production, I started researching to find out why it’s such an essential commodity.

The results left me dumbfounded, once again. Palm oil – a type of vegetable oil derived from the fruit from oil palm trees – is in bloody everything. Peanut butter, bread, chocolate, spaghetti, shampoo, cleaning detergents, the list is endless. Basically, unless a packaged supermarket product’s ingredient list states that it does not have palm oil in it, it most likely does. And they don’t make it easy for us – due to incredibly lax labelling laws, palm oil can be hidden under more than 30 different names, if on the ingredient list at all.

Why is it such a common ingredient? Short answer: because it’s cheap and efficient. Oil palm trees take minimal space to plant, are the most efficient oil-bearing crop and continue to produce fruit for hundreds of years if maintained. These favourable traits make them a gold mine as far as mass production goes. So their fruits are picked and their juices squeezed into an abundance of delicious snack foods and pretty smelling soaps for us to throw into our shopping baskets each week.

Not only is the deforestation for these plantations destroying the livelihood of the locals, it’s also having crazy effects on the climate, impacting water systems and stealing homes from billions of native animals. With nowhere to hide, species like orangutans, elephants and rhinos are left vulnerable and at risk of being poached by wildlife hunters (if they don’t die of starvation beforehand). Orangutans are a prime target in Indonesia, with the illegal wildlife trade making big bucks off finding young orangs in the wild, separating them from their mothers and selling them to zoos or private buyers who dress them up and trick tourists into paying for photos with them.

After spending some time in the Sepilok Orangutan Rehabilitation Centre, and visiting the Labuk Bay Proboscis Monkey Sanctuary and Bornean Sun Bear Conservation Centre, I’d seen more heartbreak than I could have imagined when I left Australia. I learned that in the last two decades, more than 50,000 orangutans have died as a result of palm oil deforestation. And that over half of Borneo’s natural rainforest habitat has been cleared.

What can we do to help?
Supporting the organisations working against the unsustainable production of palm oil (Say No To Palm Oil, Palm Oil Action, Orangutan Foundation International are a few good ones) is one of the best ways an individual can help change the industry. If you’re planning a trip to Malaysia or Indonesia, I highly recommend visiting the conservation centres I did, seeing the damage for yourself, and sharing the information you learn with your friends and friends of friends.

If you’re up for the challenge of boycotting all products made using unsustainable palm oil, check out this cheat sheet of alternatives. 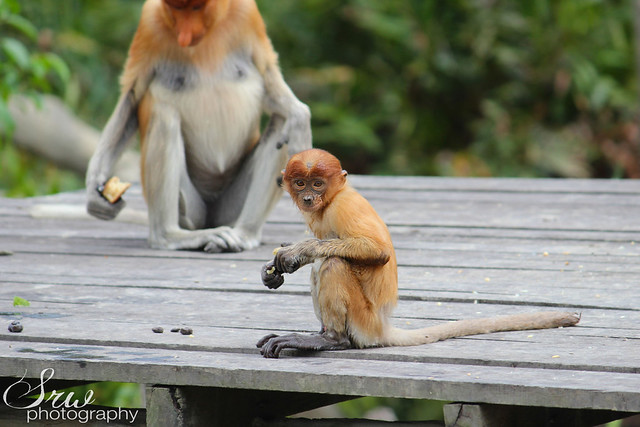 Leave a reply Click here to cancel the reply

Five Key Takeaway Messages From The Women Of The World Festival